THE WAY OF HEAVEN
& EARTH SCHOOL

Home About Us History Health Study 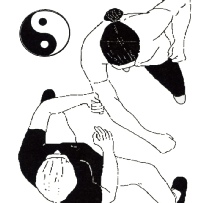 The school has a holistic syllabus, covering everything you need for fitness, health and self-defence.

Taoist Kung Fu is quite different to other “Martial Arts”. For a start, it’s not “Martial” or Military style. It is about self-defence, but also health and fitness, very practical too. It’s also about self-development. Students see very positive changes in themselves after a year, even more after 5-10 years. And it doesn't stop there.

The basic syllabus took 30 years to develop and covers everything the student needs.

A mountainous region in China covering a very large area. The whole area is said to be “sacred” and is home to many places of study. Wu mean s”Five” and Dang means “Peaks” but there are more like 17 mountain peaks in the area, five being prominent or special.

Wild RoseTM(C)
Wild Rose Kung Fu is our specialist branch for women. Our Grand-Master was the first person in East Anglia to teach women’s self-defence.

Anyone interested in training to become instructors, in this or any of the related subject, should enquire first.

The initial concept of Taijiquan began way back in the early 13th Century. It is symbolised by the world famous Yin/Yang sign, as it uses harmonious movements. Its animal influence comes from the Snake with its soft and winding movements. The initial founder saw a fight between a Crane (very hard and aggressive) and a Snake (very soft and supple), this inspired him to create the Internal Art now known as Taijiquan.

Taoist ‘yoga’ is a uniquely designed set of medical qigong exercises. These not only stretch the body, but open up the energy channels, re-balance the Qi/Ch’i and create a harmonic field of energy around the whole body.

Qigong (Energy Training) is a variety of exercises which can be for Health Maintenance, Healing, or even Martial Arts. Teachers must be highly qualified and not just “read a book”!

Before it can make progress, the Turtle first has to stick its neck out!

Apart from the obvious training benefits, like better fitness, flexibility and of course self-defence, this system offers more. Much more:

* Health largely relies on a good, pure diet, lack of drugs, pollutants and other health destroying chemicals. Exercise helps rid the body of toxins too, so if you are changing your lifestyle, then this is for you.